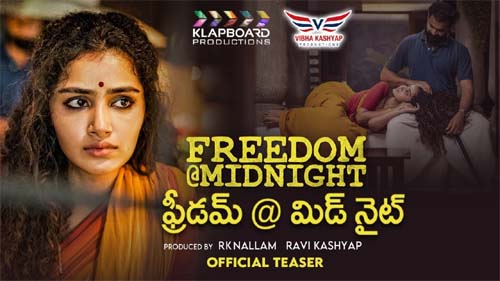 Anupama Parameswaran starrer Freedom @ Midnight, a short film in Malayalam, has turned out to be a huge hit. The short film, directed by RJ Shaan, has garnered more than 11 million views within three weeks of its release on Youtube, and even triggered quite a lot of debate about the choices made by Chandra, the character which Anupama had played.

Talking about the short film, which focuses on the life of a young woman, Chandra, who finds out that her husband has been cheating on her, Anupama said, “I liked the way it tackled the subject with empathy even while asking uncomfortable questions about marriage and trust. This short film is close to my heart for many reasons. I’m glad I did this short film, and in fact, it was my brother who convinced me and our parents to take it up because it was so different from what I had done in the past.”

A lot has been said about the ambiguous ending of the short film and how to interpret it, and Anupama addressed these debates, in a recent interview, saying, “We were not trying to convey a message or how women should react when faced with such a situation. It is a piece of fiction about a woman thinking about the options open to her. It is for the viewer to draw their conclusions.”

Meanwhile, she has a bunch of films lined up in Telugu including 18 Pages, Rowdy Boys, and the remake of Malayalam film Helen. 2021 is turning out to be quite a busy year for the actress.