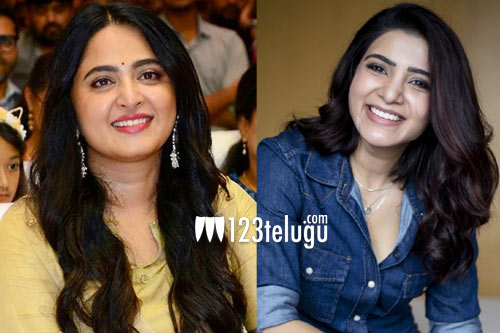 A few days ago, we had reported that veteran filmmaker Singeetam Srinivasarao is planning a biopic on legendary Carnatic singer and social activist Bangalore Nagarathnamma. The film will be bankrolled by noted Tollywood production house People Media Factory.

It’s been earlier reported that star heroine Anushka is the front-runner to bag the titular role in this prestigious biopic. Now, the latest buzz is that yet another star heroine Samantha is also under consideration for the same role. Only an official announcement from the makers will put an end to all the speculations.