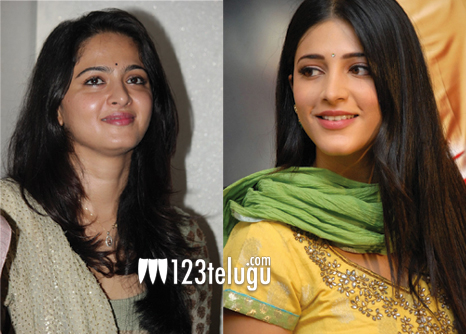 A lot of celebrities are lending their support to various social causes these days. The primary objective is usually to create awareness about an issue which has a huge impact on the society and a celebrity’s presence definitely helps in reaching out to people. Right from appearing on advertisements for polio vaccination, voting in elections or donating organs, several celebrities from Telugu film industry have aligned themselves with some organizations from time to time.

Now, Anushka and Shruti Haasan have come together to support TeachAIDS, a non profit social venture which is trying to create awareness about the prevention of HIV/AIDS in various regions in India. The two actresses have been supporting this organization for the past few years and now, they have lent their voice for an animation video which features the animated avatar of Anushka as a doctor whereas Shruti’s character is a patient. The dialogues in this animation video are in Tamil and it was recently unveiled by TeachAIDS.

Apart from these two actresses, few other celebrities like Nagarjuna, Suriya and Siddharth have also lent their voices for the videos created by TeachAIDS.