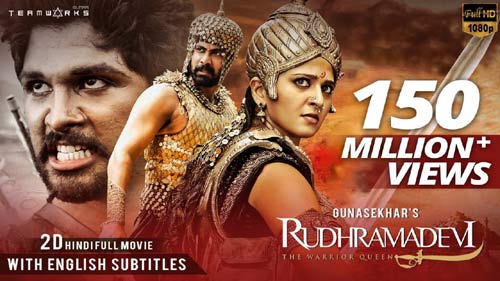 Directed and produced by Gunasekhar, Rudhramadevi also featured Allu Arjun as Gonagannareddy and Rana Daggubati as Chalukya Veerabhadrudu. The film had a decent run upon its release in Telugu, Tamil and Malayalam. In a much-appreciated gesture, Allu Arjun didn’t take a penny to act in the movie.