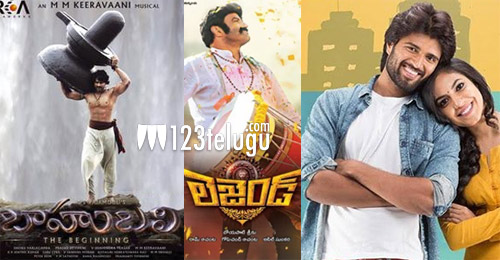 Nandi Awards is one prestigious award which is given by the government of Andhra Pradesh. The awards for the last three years have been declared and the latest we hear is that Legend(2014), Baahubali1(2015) and Pelli Choopulu(2016) have won the best film awards.

Coming to the best actor awards, Balakrisha(2014), Mahesh Babu(2015) and Jr NTR(2016) have been declared as the best actors. The awards will be given soon in a grand ceremony in Andhra Pradesh.

Some of the hit and most popular films have been declared as the winner and we congratulate each of the winners on this occasion.