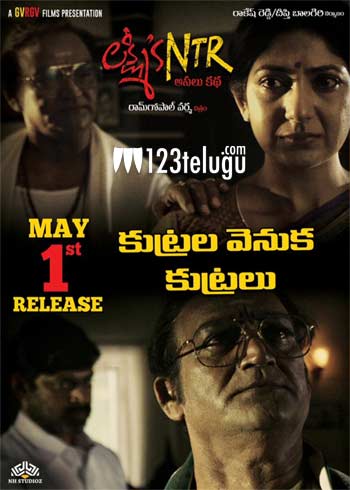 In a dramatic turn of events, Andhra Pradesh Police took director Ram Gopal Varma and his Lakshmi’s NTR producer Rakesh Reddy into their custody as soon as the duo landed at the Gannavaram Airport this afternoon. RGV was supposed to meet the press and fans in Vijayawada this evening.

RGV took to Twitter just a while ago and revealed that the press meet has been cancelled as he and Rakesh Reddy are being forcefully sent back to Hyderabad by the cops. Lambasting AP CM Nara Chandrababu Naidu, RGV questioned, “Hey @ncbn WHERE IS DEMOCRACY ? WHY IS TRUTH BEING BACK STABBED? (sic).”

RGV is trying hard to release Lakshmi’s NTR in AP on May 1. However, the film’s release still looks doubtful following the latest happenings.

Sorry to inform that the press meet at 4 pm is cancelled because the police stopped us and have barred my entry into Vijaywada and forcibly sending me back to hyderabad ..Hey @ncbn WHERE IS DEMOCRACY ? WHY IS TRUTH BEING BACK STABBED? https://t.co/cVq91nSfVc