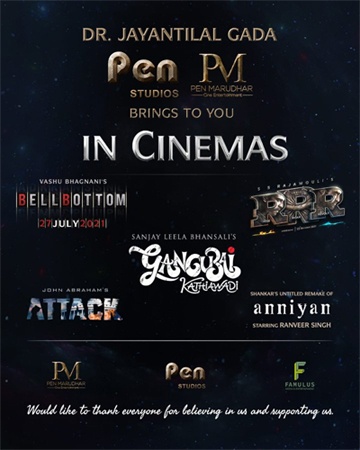 Pen Studios is a top corporate house in the film industry. They have made, distributed, and handled so many big banners in the country in the last few years.

They made big news after they bought the rights of Rajamouli’s RRR for a whopping price. Now, not many know that they are associated with some other biggies as well which will release in the days to come.

Some of the films include Akshay Kumar’s Bell Bottom, Alia Bhatt’s Gagubai Kathiwadi, Shankar’s Anniyan remake, and Attack. All these are big films and are being made on a hefty budget.