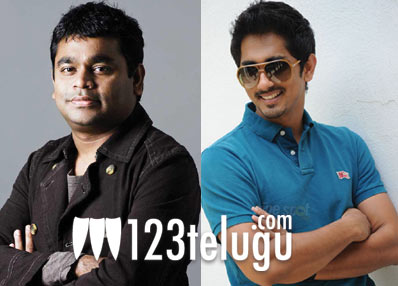 Oscar award winning music director A R Rahman, will soon be composing music for Siddharth’s new film. The bilingual will be directed by Shankar’s assistant Vasant Balan. This would be a special film, as some big names are going to be associated with it. A renowned actress is set to play the lead actress and shooting is set to start by beginning of next year. A R Rahman is currently busy giving finishing touches to his most awaited Mani Ratnam film Kadal.