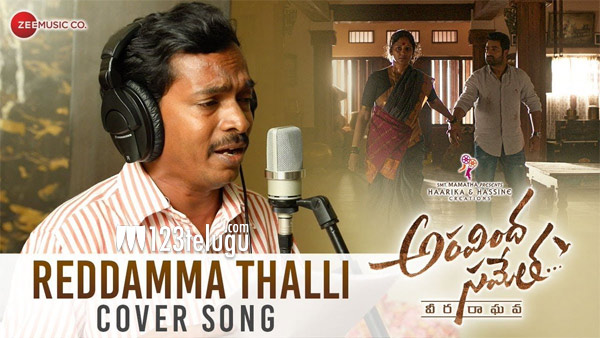 Aravinda Sametha had a very different and emotional climax which was liked by many. There is a song called Reddamma Talli which comes during this time and elevates the proceedings to another level.

The song’s cover version has now been released. Lyricist, Penchal Das has crooned this number which has been specially composed by Thaman. Aravinda Sametha has collected good money to date and now with the weekdays on, we need to see how much will the film make in the coming days.

Trivikram directs this film which has Pooja Hegde as the female lead.