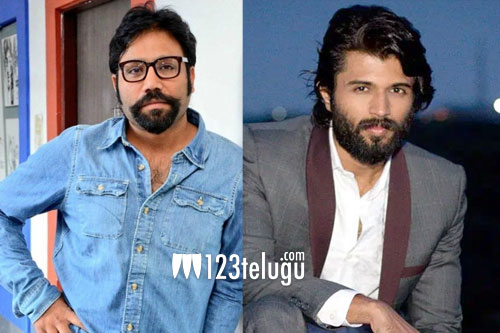 Sandeep Reddy Vanga and Vijay Deverakonda teamed up and the result was the sensational Arjun Reddy. Sandeep later remade the film in Bollywood as Kabir Singh and scored a massive hit. Occasionally, there have been speculations about Sandeep and Vijay joining hands for yet another project.

At a recent film awards event, Sandeep had confirmed that he will be directing Vijay Deverakonda soon after he wraps up his second Bollywood film. Sandeep will next be directing a film for his Kabir Singh producers and Ranbir Kapoor is rumored to be there hero in it. Fans can expect the Arjun Reddy actor-filmmaker duo to collaborate again in 2021.