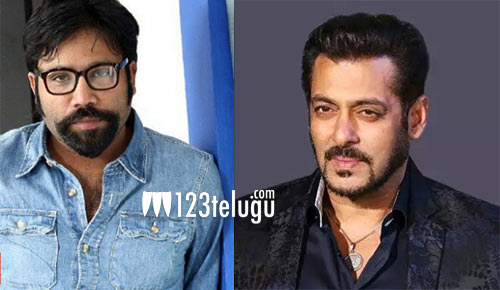 Sandeep Vanga has become a sensation of sorts in Bollywood as his Hindi debut film, Kabir Singh is breaking several records at the box office. Now, the film’s success has brought superb offers for the young director.

The latest we hear is that T-Series has roped Sandeep in their banner and now he is most likely to direct a film with none other than Salman Khan. Talks are on and if this project gets confirmed, then there will be no looking back for the talented director.

The manner in which he has made Kabir Singh a big hit shows his talent and now even getting a chance to direct a film with Salman is nothing short of an achievement for Sandeep.