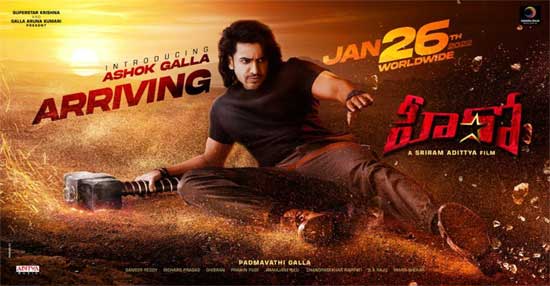 It is a known fact that Mahesh Babu’s nephew, Ashok Galla is all set to make his debut soon. The film has been titled Hero and now as per the news, it will be out on the 26th of January.

In the recently released teaser, Ashok Galla is introduced in a cowboy look and he has a good screen presence. Niddhi Agerwal is playing the female lead in this film.

Sriram Aditya directs this film whose shoot has been wrapped up. The first song which was released won good applause already.