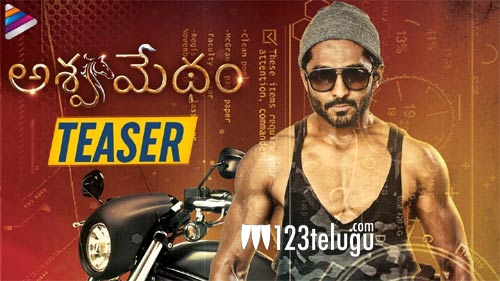 The teaser for the upcoming action thriller, Ashwamedham, was unveiled this morning. The film has Dhruva Karunakar making his debut as a hero. The teaser is action-packed right from the word go and Dhruva makes a decent impression with his stunts and a ripped body.

Ashwamedham’s teaser glimpses of the protagonist’s mission to nab the culprits behind a series of murders. At one point, the protagonist himself says he is the reason behind those murders, and this further makes the story more intriguing. The teaser raises enough curiosity to look forward to the trailer.