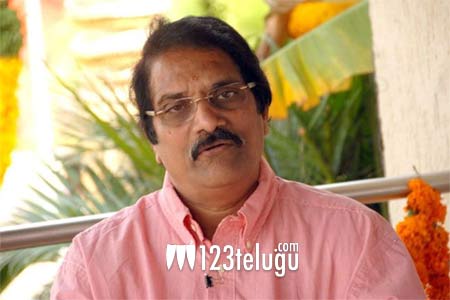 Mahanati produced by Vyjayanthi Movies and directed by Nag Ashwin is a classic in Telugu film history. Keerthy Suresh has just lived in the character of Savithri gaaru and also secured the best actress award at the National Film Awards. It is a huge success at the box office too.

Aswani Dutt who attended the Ali talk show recently revealed a few things about the movie now. The ace producer said that they planned to onboard Jr NTR to play the role of legendary Sr. NTR gaaru in the film. But at the same time, Balakrishna has announced the biopic on Sr. NTR.

So the makers felt it wouldn’t be appropriate to cast anyone in that role and hence they made the film without Jr. NTR. In fact, there will be a small scene where the character of Sr. NTR will be shown catching a snake on the sets. But we don’t get to see the artist’s face. Aswani Dutt reveals that it was Nag Ashwin’s idea to present that scene that way.