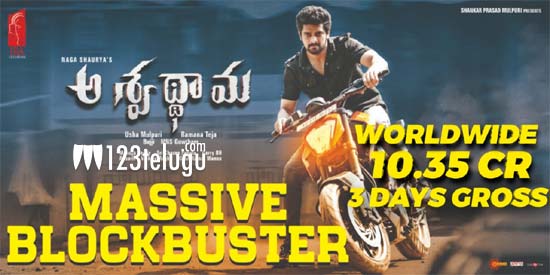 Naga Shaurya’s latest action thriller, Aswathama, released on Friday. The film is registering highest collections in the young hero’s career. For the first time, Shaurya has donned an out-and-out action avatar in the movie.

As per the latest figure furnished by the production house, Aswathama has collected a worldwide gross of Rs 10.35 crore in its opening weekend. The makers also claimed that the film is all set to break even in a few days.

Mehreen Kaur is the film’s leading lady and debutant Ramana Teja is the director. Naga Shaurya’s parents have produced the movie.