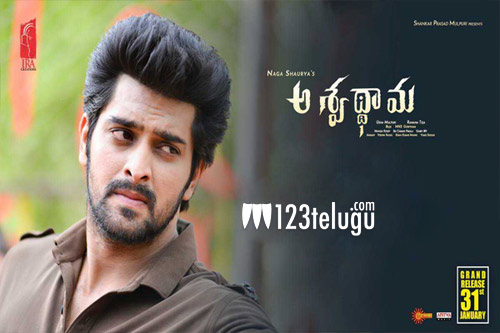 Aswathama is a film that is being eagerly awaited by many as it has Naga Shourya in an actor avatar for the first time in his career after doing romantic roles.

Naga Shourya has written the story of the film which is being directed by Raman Teja, a debutante. Mehreen plays the female lead in this film which will be out on the 31st of this month.