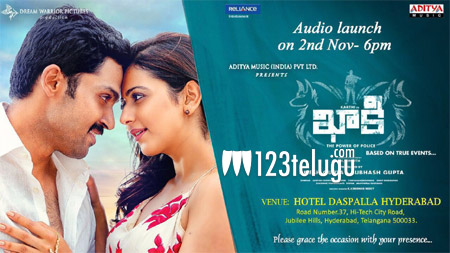 123telugu had already reported that Karthi is doing a cop drama called Khakee. The latest we hear is that the action entertainer will have its Telugu audio launch tomorrow evening in Hyderabad.

Umesh Gupta is producing this film which has Rakul Preet as the female lead. H Vinoth has directed this action entertainer. The film will release on the 17th of November in both Tamil and Telugu.

Karthi will be seen as an angry cop in this film.