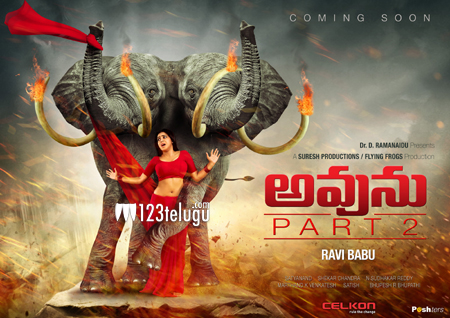 The much delayed Ravi Babu thriller ‘Avunu 2’ will be releasing on 6th March finally. Featuring Poorna and Harshavardhan Rane as the main leads, ‘Avunu 2’ is a sequel to the director’s horror hit ‘Avunu’. Expectations are high on the film among the trade pundits and horror film lovers. Senior producer Suresh Babu is acting as the film’s presenter and he will be releasing the film through Suresh Movies.

After a brief lull, Suresh Movies is on a roll with a spate of successful films. Sunil’s ‘Bheemavaram Bullodu’ ended up as a hit followed by the blockbuster ‘Drushyam’. The latest hit came in the form of ‘Gopala Gopala’ which collected 45 plus crores and is still going steady at many centers across the Telugu states.