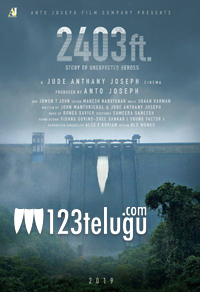 The Kerala floods that occurred around a month ago had left the God’s own country devastated. Over 400 people lost their lives and nearly 1 lakh people were left homeless in one of the country’s biggest natural disasters ever.

Now, award-winning Malayalam filmmaker Jude Anthany Joseph has announced a film on the Kerala floods. Titled 2043 ft, the film will showcase the heroic survival of thousands of flood victims and the heroes who have saved hundreds of lives with their selfless acts.

The film will feature top technicians while the cast will comprise of aspiring actors apart from a few notable faces.