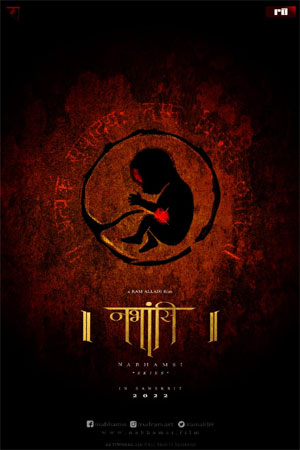 In a unique attempt, Ram Alladi, an award-winning Telugu filmmaker based in New York, has joined hands with the makers of Ra’s Metanoia to present ‘Nabhamsi”, a feature length film set a millennium back into India’s rich history. Nabhamsi is a Sanskrit word, meaning “Skies” in English. Interestingly, the film will be made in Sanskrit.

Ram Alladi had previously won accolades for his documentary, Chiselled. His recent film, Ra’s Metanoia, a celebration of the life of Mohandas Karamchand Gandhi, released in November, 2020 and it was received exceptionally well. The film was entirely made on digital sets, depicting a range of eras and locations central to Gandhi’s life.

Nabhamsi is Ram Alladi’s third film as a director and it showcases one man’s journey, over the course of a lifetime to identify the source of one of his first and most primal memories. The film is a live action romance. The film’s pre-production work took close to 5, 6 months and the shooting will kick-start on International Women’s Day (March 8). 75 percent of the shooting is planned in the US and the remaining in India.

AR IT Works banner is bankrolling Nabhamsi and V Bharadwaj is composing the soundtrack. The film is being planned for a 2022 release.