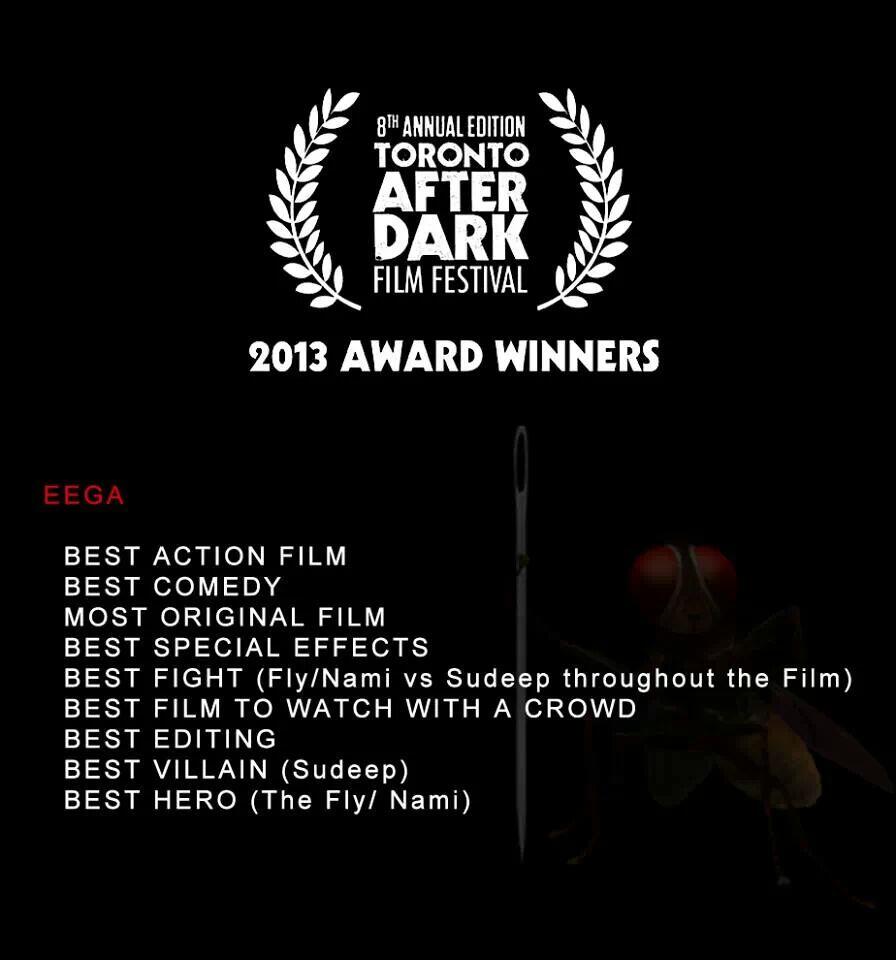 It has been more than a year since ‘Eega’ released and the movie is still bagging awards at various film festivals across the globe.

The movie has already received several awards in many film festivals and award functions. The team has added another feather in the cap now. Toronto After Dark Film Festival held its eight annual event last week and Eega has won nine awards in various categories including Best Villain, Best Hero and Best Film. The awards were given based on the voting system and Eega has bagged the maximum number of awards.

This is a remarkable feat considering the fact that, ‘Eega’ was the only Indian film which could bag awards. Rajamouli has apparently expressed his happiness through his Twitter handle.