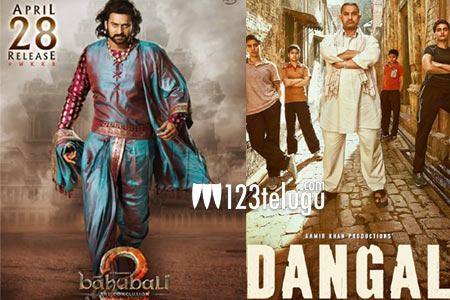 Aamir Khan’s Dangal is officially the second Indian film to join the Rs 1000 crores club. SS Rajamouli’s Baahubali 2 was the first Indian film to start this exclusive club and it is heading towards Rs 1300 crores mark.

Dangal had grossed more than Rs 750 crores from its run at box-office until recently. Couple of weeks ago, it released in China and turned into a blockbuster there collecting close to $46 million.

Now, Baahubali 2 is expected to release in China by the end of the year and it will be interesting to see if Baahubali 2 manages to score big in China too after its glorious run in India, US, UAE and other territories.