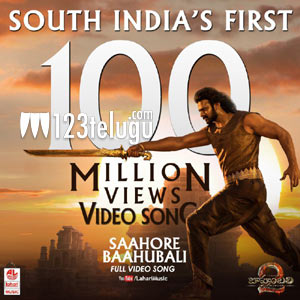 Even after the film has released long back, Baahubali is still continuing to create records all over. The latest we hear is that the Saahore Baahubali video song from Baahubali 2 has clocked 100 million views on Youtube.

What’s more interesting is that it is the first ever south Indian song to clock 100 million views on Youtube. Not only the song but the entire film itself created never before seen records in Indian cinema.

Baahubali was directed by Rajamouli and had the mighty Prabhas as the main lead.