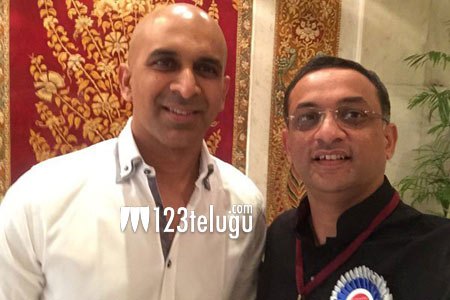 With the historic success of the Baahubali franchise, the film’s producers Shobu Yarlagadda and Prasad Devineni attained nationwide acclaim for themselves and their Arka Mediaworks banner.

The producers gave an exclusive interview to a popular Telugu news daily and decoded the franchise’s director SS Rajamouli’s passion and modus operandi at work. Terming Rajamouli a perfectionist, the producers said that Rajamouli dreams beyond everyone’s imagination and works relentlessly hard until he achieves what he had envisioned.

In the process, Rajamouli also challenges his cast and crew to achieve the desired output. If anyone fails to give what Rajamouli wants, he patiently discusses the cause and works until he finds the right solution. Aren’t these the finest qualities any filmmaker should possess?