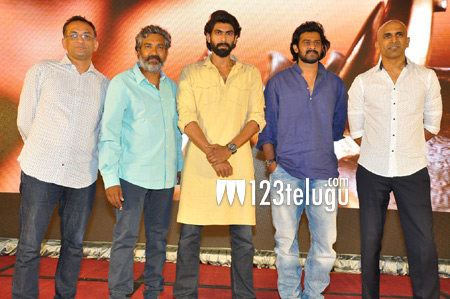 Now that the shoot of Baahubali 2 is nearing its end, the various promotional activities have already kick started. It is a known that the entire team of Baahubali will be attending the MAMI film festival in Mumbai on the 22nd of this month.

Reports suggest that the first look of the film will be unveiled during the event and for this the entire team is prepping to interact with various leading channels in Mumbai.

The event is going to be covered on a huge note and the makers are leaving no stone unturned to give their film a maximum reach.

The likes of Rana, Prabhas, Rajamouli, Tamannah and Anushka will be attending this event. Slated to release on the 28th of April 2017, Baahubali 2 is India’s most expensive film till date.