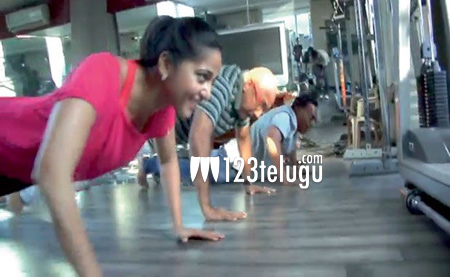 The team of Baahubali is releasing videos frequently to stay in the minds of the audience. Recently a workout video in which the lead stars Rana, Prabhas and Anushka are seen working out at the gym and doing push ups.

Nasser and Sathyaraj are also seen in this funny video. This video has become quite popular among tollywood fans. Rana and Prabhas were at ease working out.

Surprisingly, Anushka was giving them tough competition as well. Apparently, Prabhas has been working out 3 hours a day regularly and this is clearly visible from his physique.

A lot of hard work has gone into shaping up the bodies. The team has also released a video on Peter Heins. This video showcases the style quotient and the bold stunts of Peter. These videos certainly add to the hype of this most awaited film