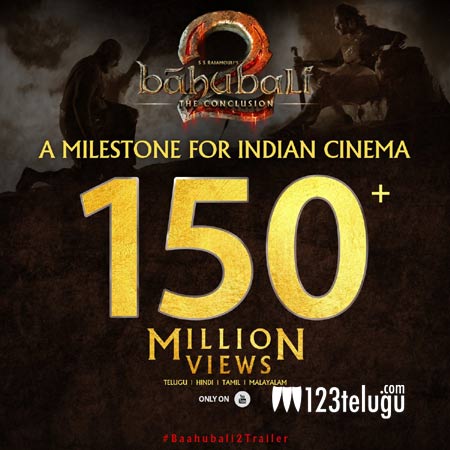 It is well-known fact that SS Rajamouli’s magnum opus, Baahubali- The Conclusion shattered records all over. The film has collected close to 1700 crores worldwide cross and stood as an all time blockbuster at the Indian box office.

Meanwhile, the film’s trailer has touched a new milestone on its official Youtube channel by crossing more than 150 million views which is first of its kind for any Indian film trailer.

Baahubali2 has Prabhas, Anushka Shetty, Rana in prominent roles and is gearing up for a grand release in China next month.