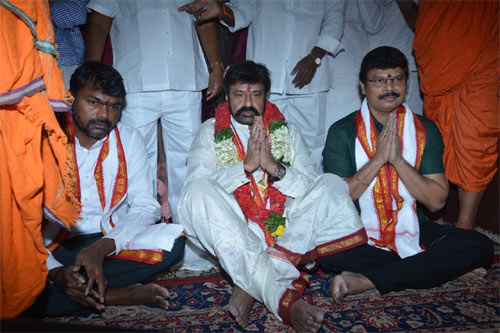 After the grand success of Akhanda in Telugu states and the USA, Nandamuri Balakrishna visited the famous Kanaka Durga Temple in Vijayawada.

The actor accompanied by the film’s director Boyapati Sreenu and producer Miryala Ravinder Reddy offered prayers to the goddess.

Later, speaking to the media, Balayya thanked everyone for making Akhanda a blockbuster everywhere. Akhanda is still minting good money at the box office.