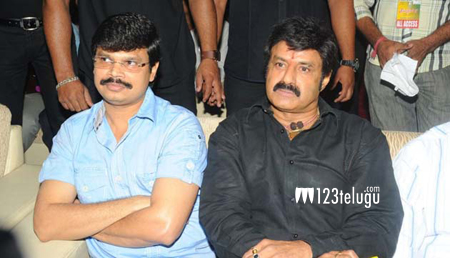 The muhurtham ceremony of Nandamuri Balakrishna’s next film was held today morning in Hyderabad. Boyapati Sreenu is the director of the film. The muhurtham time is 11:57 am. This new venture is going to be produced on 14 Reels Entertainment banner. Sai Korrapati will be presenting the film on Vaarahi banner.

The heroine and the music director are yet to be officially finalized. An announcement in this regard can be expected shortly.