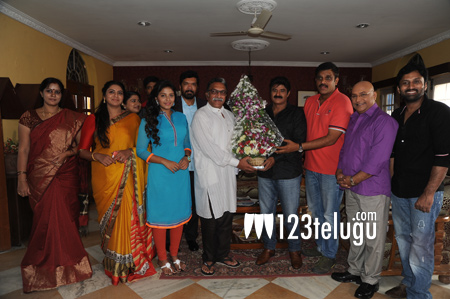 It is a known fact the legendary actor Nasser won the prestigious and controversial Nadigar Sangam elections. To mark his success, Nandamuri Balakrishna felicitated him along with the unit of his upcoming film Dictator.

Shooting of this film is currently going on in Hyderabad and Nasser is playing a key role in the film. Nasser and his team won the elections by defeating Sarath Kumar in Chennai.