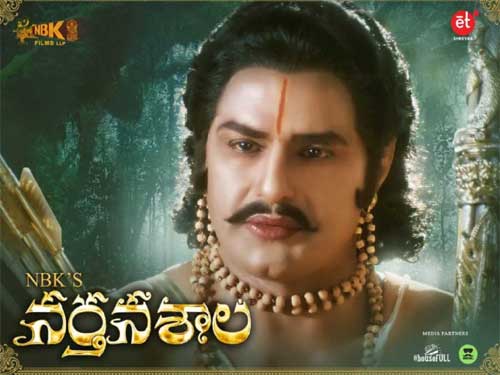 Hero Balakrishna’s shelved directorial debut film, Narthanasala, will be releasing on NBK Theater on the ShreyasET app. The film will start streaming from October 24.

In a latest promotional video, Balakrishna revealed several interesting details about the making of Narthanasala. He said that he had sought only 10 day call sheets from all the actors and that he has wrapped up the entire shoot in just 5 days.