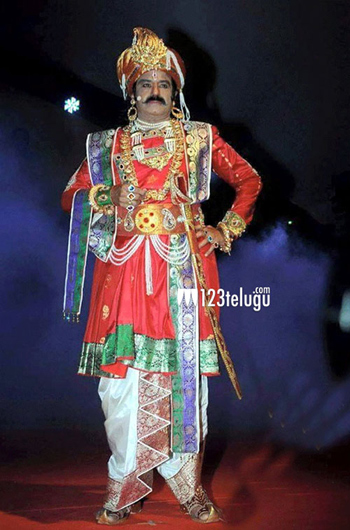 The recently concluded Lepakshi Utsavalu turned out to be a huge success. The way this prestigious event was organized has won special appreciation from all quarters. But one man who charmed everyone with his hard work and sincerity towards this event is Nandamuri Balkarishna.

The way he took the entire event in his hands and organized it in a stunning way has won huge praise. Balakrishna kicked off the event with a 16 km bicycle ride and stunned everyone with his fitness and enthusiastic levels.

During the course of the event too, he took special care of all those who attended the festival and saw that everything went smooth for them. Icing on the cake was the live performance which he gave during the closing ceremony. The way he brought back memories of Krishnadevarayalu impressed everyone big time.

Balayya’s dedication has not only won the hearts of many but has also received special appreciation from the AP chief minister Nara Chadra Babu Naidu.