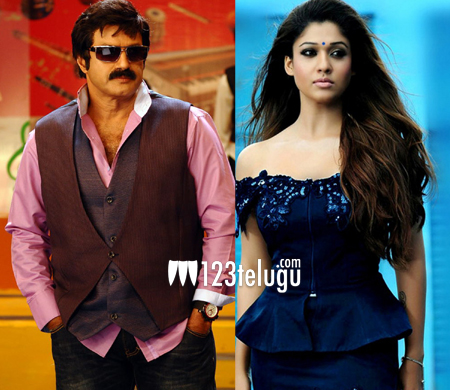 Sometime back, we had reported that Nandamuri Bala Krishna’s 99th movie has been confirmed in the direction of Sriwass, and Eros International will be producing the film.

Latest update is that Nayantara has been confirmed as the heroine, and the film is likely to be titled Dictator. Kona Venkat and Gopimohan are providing the story.

Currently, Bala Krishna is busy wrapping up the shooting of Lion in Satya Deva’s direction which features Trisha and Radhika Apte as the leading ladies.