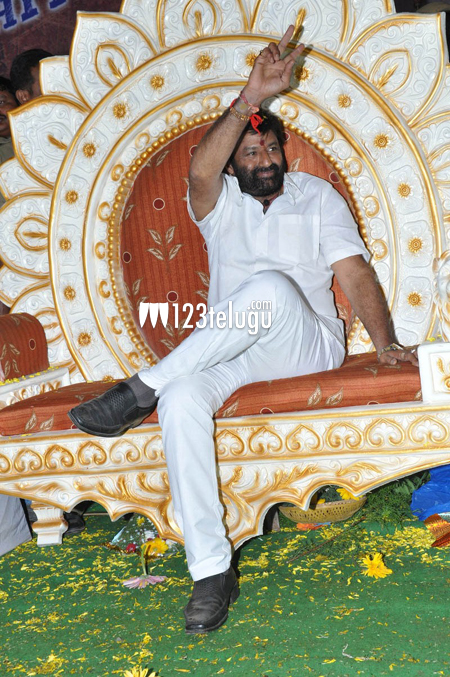 The much awaited 98th film of Nandamuri Balakrishna got its title after a lot of discussion. The makers have decided to go with ‘Lion’ as the film’s title. Even though several titles were doing rounds among the fans and social media circles, majority of fans was vying for ‘Lion’. As per the sources, the film’s title and an official teaser will be released at 11:48 pm on 31st December as a New Year gift for Nandamuri fans. The 53 second teaser is expected to have powerful glimpses of Balakrishna’s energetic avatar.

The film’s first look that showed Balayya in an out and out mass getup thrilled the fans already, and expectations are high on this flick as the film is coming after Balayya’s previous hit, ‘Legend’. Debutante Satyadeva directs this film which is being produced by Rudrapati Ramana Rao. Trisha and Radhika Apte are the film’s leading ladies.

Interestingly, this New Year is going to be a feast for Nandamuri fans with Balayya’s ‘Lion’ teaser launch, NTR’s ‘Temper’ teaser and Kalyanram’s ‘Pataas’ trailer launch.