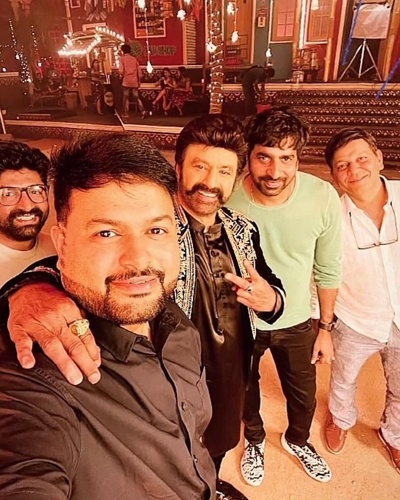 Natasimha Nandamuri Balakrishna is currently busy shooting for his upcoming action drama, tentatively titled NBK107. The mass entertainer has made the headlines again.

According to the latest news, Sekhar Master choreographed amazing dance moves for Balakrishna to a mass song composed by the music sensation Thaman S. A selfie taken by Thaman during the shoot has been doing rounds on social media. Balayya looks young and handsome in the pic.

Shruti Haasan and Honey Rose are playing the female leads in this flick, which has Kannada actor Duniya Vijay in a crucial role. Mythri Movie Makers is producing this movie on a grand scale.