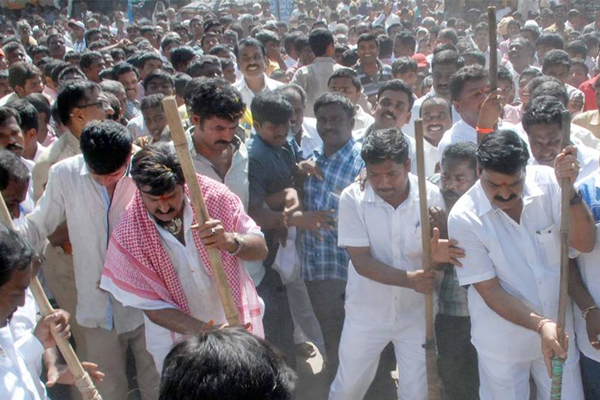 The quintessential ‘mass’ Balayya is back and how! The first look of Nandamuri Balakrishna’s latest untitled flick in debutante Satya Deva’s direction has been released to a thumping response from fans and social networking birds. The first look showcased Balayya in a complete mass avatar with flashy goggles, gaudy clothes and energetic background.

This film is Balayya’s 98th flick, and even though several titles like Godse, Lion and Warrior are doing the rounds, the makers have not yet zeroed on any title. Repeating his ‘Simha’ and ‘Legend’ sentiment, Balayya plays dual roles in this film, while Trisha and Radhika Apte have been cast opposite him.