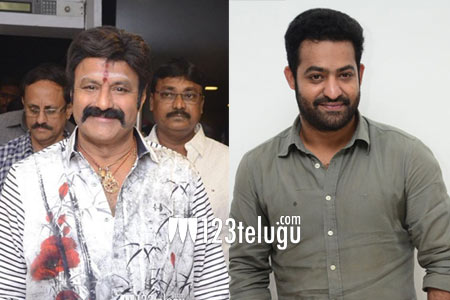 NTR and Balakrishna are two-star heroes of the Nandamuri family who have a huge following. There has always been a discussion as to when NTR will take a plunge into politics and regain the lost charm of the Telugu Desam Party.

The same was asked to Balayya in one of his latest interviews and the star hero said that it is NTR’s wish to join the party and one cannot force him to leave his lucrative film career now for politics.

Balayya also added that it is completely on NTR to decide when he will enter politics and what he wants to do in the TDP. As of now, Balayya is doing a film in the direction of Boyapati Sreenu.