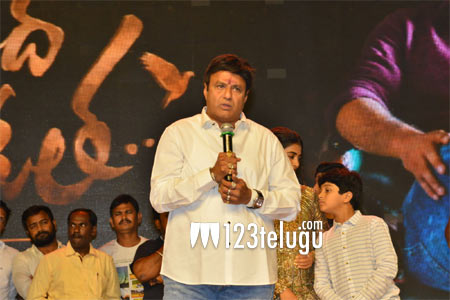 Nandamuri fans couldn’t have asked for a evening. After several years, Balakrishna and NTR shared the same dais at Aravindha Sametha’s success function, which was held tonight. Speaking at the event, Balakrishna payed rich tributes to his brother Harikrishna.

Balayya went nostalgic as he recollected Harikrishna’s key role in his father NT Ramarao’s election campaign in 1983. Balayya said that Harikrishna waived off the road tax to farmers’ tractors and also offered conductor’s jobs to women when he was a transport minister.

Balayya then praised Tarak’s performance and said that no one else could have done the kind of larger than life movies he and Tarak usually do.