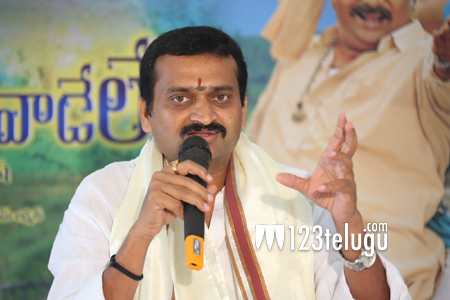 Producer Bandla Ganesh is one guy who knows how to excite fans and viewers with his brand of speeches. He speaks at audio functions in a very heartful and sincere manner, even if he tends to get a bit emotional.

In yesterday’s ‘GAV’ audio function, Bandla Ganesh once again stole the show with his speech in praise of Chiranjeevi and Charan. He called Charan a Kohinoor diamond and thanked Mrs. Surekha for giving birth to a star who took care of both producers and fans alike.

Charan and Chiranjeevi felt slightly shy with Bandla Ganesh’s speech but they seemed to have enjoyed it.