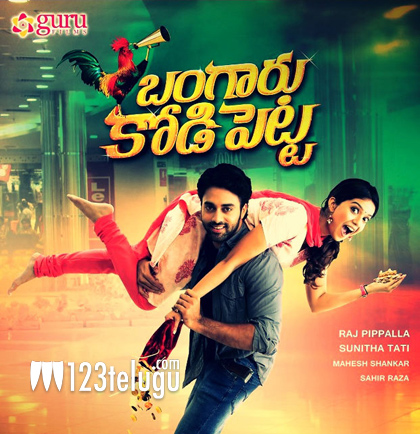 Young hero Navdeep and bubbly girl Colors Swathi will share screen in their upcoming film ‘Bangaru Kodipetta’. Raj Pippalla will weild the megaphone and Sunita Thati will produce the film under Guru Films.. Talking about the film, director Raj said that the way hero and villain compete with each other for dominance will entertain and appeal to the audiences. He further said that BKP is completing its post-production phase.

The audio of this movie will be launched in January while the film itself will be released in February. Mahesh Shankar is the music director. Colors Swathi will be seen in the role of a smart and sassy girl. The romance between Swathi and Navdeep is a must watch, says a confident BKP team.