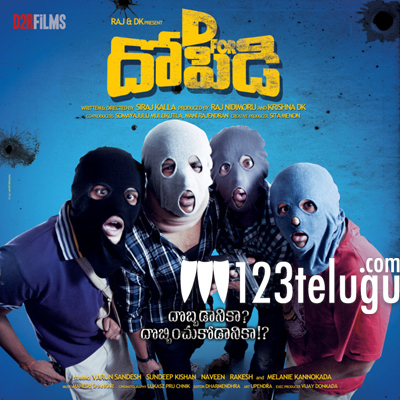 Siraj Kalla is directing a thriller movie based on a bank robbery theme and the title of this film is ‘D For Dopidi’. The movie will feature Varun Sandesh, Sundeep Kishan, Naveen, Melanie and Rajesh in the lead roles. D.K. Krishna and Raj Nidimoru are producing this movie.The film deals with the lives of four young men who decide to get rich quickly by robbing a bank.

Shooting has been completed and post production activities are currently on. The film’s audio launch will take place in January and the movie is also being aimed for a release in the same month. Tanikella Bharani, Hema, Raj Pippalla and others will be seen in important roles in the movie. Music is being provided by Mahesh Shankar.