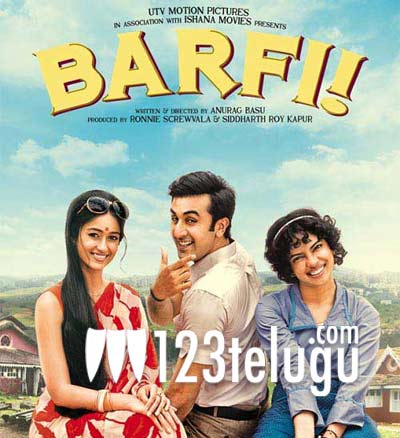 Ranbir Kapoor, Priyanka Chopra and Ileana starrer Barfi has been selected as India’s official entry for Oscars next year. In a press conference held a little while ago in Hyderabad, Manju Bora, the chariperson of the jury which nominated Barfi, said, “After watching 20 films from various languages, we have chosen Barfi as the official entry to Oscars from India. We believe that it represents Indian cinema and Indian culture in the right sense. More than anything else, it has a great story laced with human emotions.” Directed by Anurag Basu, the film is the story of a mute and deaf guy, a role which earned Ranbir Kapoor outstanding reviews. Priyanka Chopra played a role who suffers from autism and Ileana played the role of a Bengali women who’s smitten by Ranbir Kapoor’s charm. The film is doing rocking business at box office too and it’s still going strong in its second week. Ronnie Screwvala and Siddharth Roy Kapoor had produced the film on UTV Motion Pictures banner. Interestingly, Ileana made her Bollywood debut with this film and this could very well work wonders for her career in Bollywood.