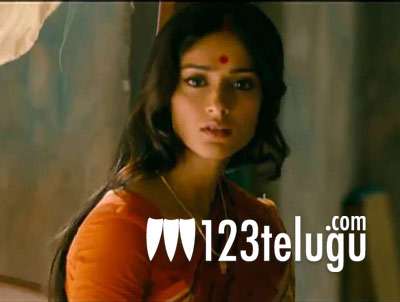 Ileana’s debut film in Hindi, Barfi is going to release across the world on September 14. Directed by Anurag Basu, the film stars Ranbir Kapoor, Priyanka Chopra and Ileana in lead roles. Over the past few weeks, Ileana has been promoting her film a lot and she seems to be pinning all her hopes on the film’s success. Surprisingly, despite scoring a hit with Julayi, she has confessed that Bollywood is her priority right now and she ‘may’ do a film in Telugu or Tamil if an interesting role is offered to her. With recent reports suggesting that she’s hunting for a house in an upmarket location in Mumbai, it’s confirmed that she’s taking her Bollywood career pretty seriously. It’s going to be a litmus test for Ileana and if she can manage to impress the audience and film fraternity in Bollywood, she has a lot of scope to bag more offers. Already she’s got good reviews for her performance from several critics, but the real test will be on September 14. Can she break the barrier and find a breakthrough in Bollywood? Lets wait and watch.