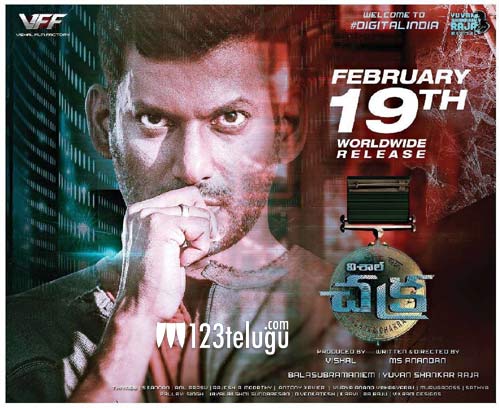 It is a known fact that Vishal is ready with a film called Chakra that will be out tomorrow. The film is an action entertainer and has Vishal as an army officer.

Vishal has already played an army officer before but in this film, things have gone to another level say the unit sources. We have come to know that the film is about the story of stolen Ashok Chakra, the highest award given to army people.

So, Vishal is the one who gets back that stolen award from the goons. This forms the basic crux of the story and there will be solid action in the film as per the news. Vishal has a good craze in Telugu states and let’s see how this film is welcomed.