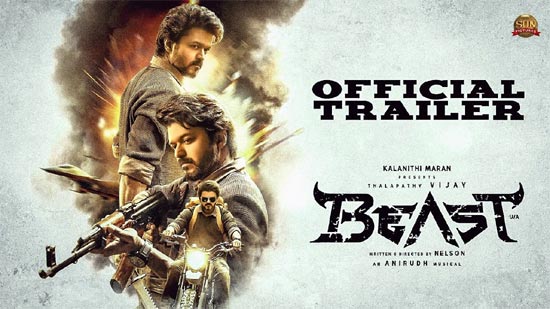 The power-packed trailer has garnered more than 30 million views and also received around 2.2 million likes in 24 hours. With this, the trailer has become the most viewed and liked South Indian trailer in a day.

Pooja Hegde will be seen as the leading lady in this movie. Sun Pictures produced this action entertainer on a grand scale. Anirudh Ravichander has composed the music for this movie, which has gained huge hype through its promotional content.

The makers have planned to release the movie in multiple languages in Tamil, Telugu, Kannada, Malayalam and Hindi on April 13, 2022.