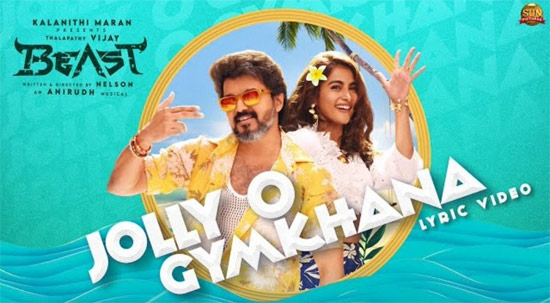 After Arabic Kuthu, a sensational hit, the makers have released another song, Jolly O Gymkhana, from Vijay’s Beast. Composed by Anirudh Ravichander, the hit track was sung by Vijay.

Released yesterday, the song became an instant hit and to our surprise, it garnered more than 11.5 million views in 17 hours and got 1.4 million likes. If this continues, the song will become another gigantic hit like Arabic Kuthu.

Lovely actress Pooja Hegde played the love interest of the actor in this Kollywood biggie. Nelson Dilipkumar helmed this project while Sun Pictures produced it on a grand scale. The makers are planning to release Beast next month.