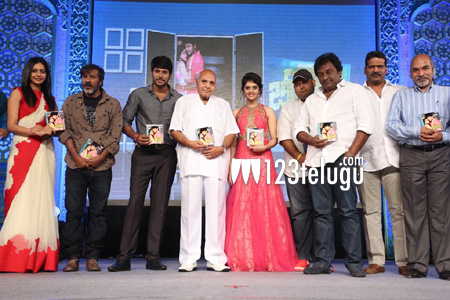 Two of Tollywood’s prominent production houses , Usha Kiron Movies and Anandi Art Creations, are teaming up to produce an interesting concept oriented film titled ‘Beeruva’. The film has been directed by Kanmani, and it has Sundeep Kishan and Surabhi as the main leads. The film’s audio has been composed by SS Thaman and the audio was launched at a grand event in Hyderabad last night, with several film industry luminaries including Ramoji Rao gracing the event.

As per the buzz, this interestingly titled film will have a ‘Beeruva’ playing an important character in the story . Along with the audio, the film’s trailer has also been launched and the curiosity levels only got higher with the stylishly shot and edited trailer.