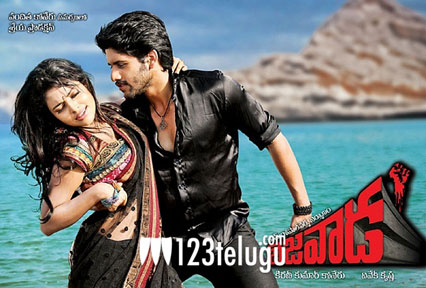 The man of riddles and paradoxes is back. Ram Gopal Varma has produced Naga Chaitanya’s upcoming movie ‘Bejawada’ and many people are expecting this movie to do for Chaitanya what Shiva did for Nagarjuna. Naturally, comparisons between the two will exist.

RGV has now said that there is absolutely no comparison between the characters of Nagarjuna’s ‘Shiva’ and Chaitanya’s ‘Bejawada’. “I have been inspired by characters from Godfather, Artha Sathya etc along with real life incidents I saw. They greatly influenced my characterization of Nagarjuna in Shiva. Vivek Krishna on the other hand, is from a different time and many things have changed in these 20 years. His sources of inspiration and style of story telling will be different, There is no similarity between Bejawada and Shiva.”, says RGV.

Now here comes the twist. After saying all that, RGV says ” The extremely popular cycle chase background score from Shiva has been used in Bejawada in a very new and novel way by Vivek Krishna” ! Well, Vivek Krishna is RGV’s protege, so this is not unexpected.

Whatever RGV’s intentions may be, the fact is that ‘Bejawada’ is a most eagerly awaited release this week and let us hope that the movie turns out well for Naga Chaitanya.