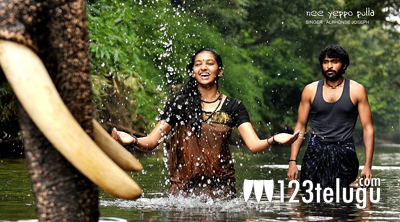 Producer Bellamkonda Suresh is bringing the Tamil film Kumki to Andhra Pradesh and the movie has been titled ‘Gajaraju’ in Telugu. The film is being directed by Prabhu Solomon and Sivaji Ganeshan’s grandson Vikram Prabhu is the hero of this movie.

Lakshmi Menon is the heroine in this movie and N Lingusamy is the producer. The movie has been shot extensively in the forests of South India and the movie’s story revolves around an elephant named Kumki and its trainer. Imam has composed the music for this film.

The audio of the movie will be released on December 8th and the film will hit the screens on December 14th.