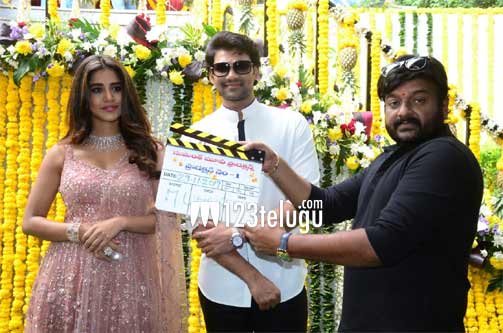 It’s well known that young hero Bellamkonda Sai Srinivas and iSmart Shankar girl Nabha Natesh will be teaming up with each other for an action entertainer. Rabhasa fame Santosh Srinivas will be directing the movie.

This as-yet-untitled had its muhurtham ceremony just a while ago. While Sai’s debut film Alludu Seenu’s director VV Vinayak sounded the first clap, senior producer Gemini Kiran switched on the camera and producer Dil Raju directed the first shot.